In 2015, a breakthrough in DNA synthesis led to the creation of Evonetix, a company supported by founding investor, technology entrepreneur and venture capitalist Hermann Hauser and product design and development firm Cambridge Consultants. The company and its approach opens the door to numerous opportunities in the area of synthetic biology, from healthcare and pharmaceuticals, to food and agriculture, materials and industrial technologies. Evonetix’s technology enables the parallel synthesis of DNA on silicon arrays, to facilitate the fast-emerging field of synthetic biology, where there is increasing demand for high-throughput and highly accurate DNA synthesis.

Round Peg Cambridge have been closely involved with Evonetix since the company was founded. Working in partnership with their engineering teams, we have been designing and developing solutions for their DNA synthesis prototypes.

As Evonetix has expanded, its suite of prototype instruments and their size and complexity has grown. The success of their initial breadboard prototype and its enclosure spawned a new project with us to upgrade the enclosure design.

Evonetix required a flexible solution to allow them to house their early-stage instrument prototypes in-house. Previously, they had an early prototype housed in a fume hood in their laboratories. The existing platform they were using became unfit for purpose over time; it was difficult to move and awkward to use. We worked with the client to develop a platform that allowed a broad range of experimentation.

As research and development progressed, they needed the flexibility to be able to move this instrument easily and safely to different locations on their site, and to constantly maintain and upgrade the system as technology developed. A major benefit was the improved useability of the instruments in the enclosures compared to them being housed in fume hood – being able to move 360 degrees around the instrument allowed easy access for scientists and engineers to use.

After the design phase, we managed the supply chain and built the platform on-site at Evonetix’s lab, meaning this was a key turning point of the project which simplified the process for our client. This was the first custom enclosure that was built for Evonetix, so it needed to be a functional workhorse with the ability to adapt to different situations. As the client’s requirements were refined, and they gave feedback on the use of the platform, we were then able to move to the next build phrase developing more specific use cases.

The enclosures will allow Evonetix to increase their testing capacity and DNA synthesis following on from significant growth in 2020. 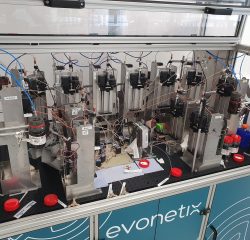 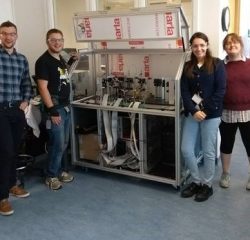 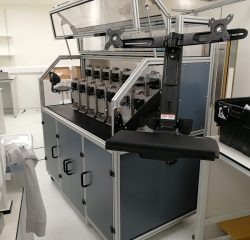 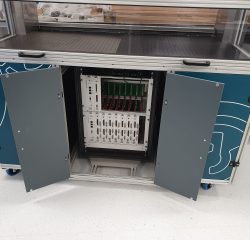 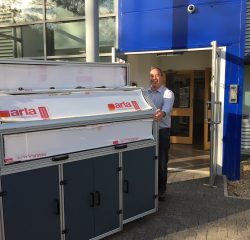 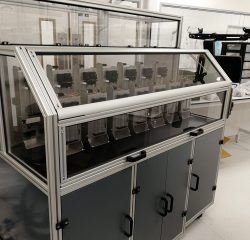 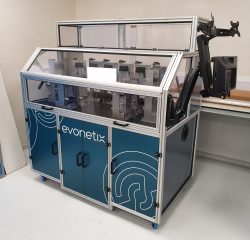 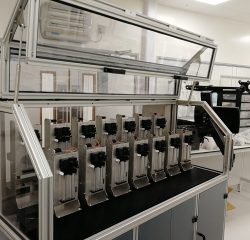